Financial support for low income households is increasingly being recognised as a weak link in the government’s attempts to reduce the spread of coronavirus.

One issue is the narrowness of support provided by the local authority administered Test and Trace Support Payment. As highlighted in Tuesday’s Newsnight, in many councils the majority of applications for the payment are being refused. 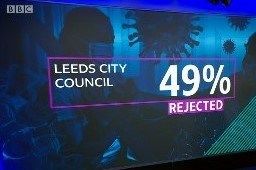 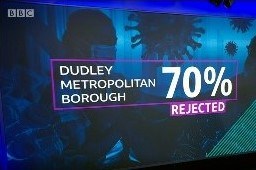 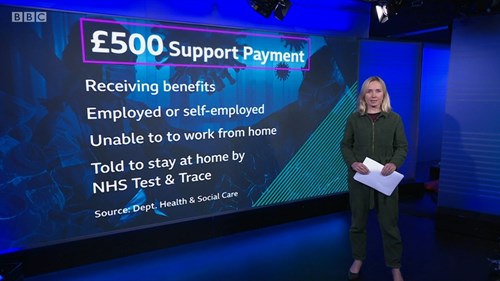 In part this reflects people failing to tick all the administrative boxes needed to make a claim, such as having a NHS Test and Trace number. It could also, no doubt, reflect attempts by some people to get extra money by claiming even though they have not needed to self-isolate.

However, many of the claims are rejected because of the eligibility rules set by DWP, and that’s no accident. The tight conditions on who qualifies – most importantly claiming a means-tested benefit or, in Scotland, being eligible to claim but has not yet done so – were designed to limit costs. The initial budget for the scheme was only £50million, which is just 0.1% of the cost of the Track and Trace programme and mass screening, and only enough to support 100,000 people.

The New Policy Institute has suggested extending eligibility for the payment to encourage self-isolation[1]. Its proposal is to make the payment available to any worker who has to self-isolate and cannot work from home or who loses earnings while they self-isolate. They estimate such a scheme could have costed around £1billion to date, twenty times the current budget allocated to local authorities. But, they argue, it could nevertheless be worthwhile given the cost of a longer and deeper pandemic.

Even so, it may not be enough. In addition to the financial and practical difficulties of isolating, low income households with children face another obstacle.

As well as the cost of looking after children at home all day, many households also face the problem of not having the IT equipment needed for home schooling. This is one of the reasons school attendance is much higher in this lockdown than it was in the Spring, as children who do not have a computer at home are allowed to attend school for in-person teaching.

As part of wider efforts to reduce social interaction there is some demand to reverse this policy and reduce school attendance to the bare minimum. But, as well as a natural desire not to perform another U-turn, the issue of pupils not having access to IT equipment may be one the government is particularly anxious not to highlight. Making sure all pupils had the ability to learn online could have been planned for in the Autumn, just in case.

So what can the government do now?

Money may be the answer. The experience with replacement free school meals is instructive, where in-kind provision through meal packs has proven far more problematic than a cash or voucher-based scheme.

Similarly, rather than aiming to provide IT equipment to affected children[2], it could be easier to provide more cash for families via benefits.

The government already has a difficult decision to make about benefit levels. In three months’ time around 6 million households will lose the £20 a week (£1,000 a year) temporary uplift put in place by the Chancellor last March. This money goes to people claiming Universal Credit or Working Tax Credit but misses out millions more households who are still claiming so-called ‘legacy’ benefits.

The government has left the door open to extending the £1,000 uplift, although time is running out to amend IT systems, but clearly the £6 billion cost is considerable.

One option for the government would be to retain the extra £1,000 only for those Universal Credit recipients who have children but also extending it to households still claiming Child Tax Credit (one of the ‘legacy’ benefits). More radically, the extra money could be paid immediately as a lump-sum rather than spread out over the year from April.

Getting money to families now would give them the ability to buy the IT equipment their children need. It would also help with the problem of needing to reduce numbers going into schools without minimising educational and material losses for children no longer attending in person.

The experience with free school meals shows the many disadvantages of trying to provide help in-kind, and there is a growing consensus that giving families more money so they can buy food themselves is the better approach.

The same approach is needed for getting computers to those children who need them. Rather than relying on schools to directly provide IT equipment, giving resources directly to families through higher benefit rates would be a faster and fairer solution.

[2] Details of the government’s schemes are at https://www.gov.uk/guidance/get-laptops-and-tablets-for-children-who-cannot-attend-school-due-to-coronavirus-covid-19#history and at https://get-help-with-tech.education.gov.uk/about-increasing-mobile-data